A Rationale for Conservation Priorities

11/09/12  I try hard to avoid being negative or confrontational, but a comment on this morning's radio news obliges me to risk breaking my general rule. The subject under discussion was rare species and extinctions, and the emphasis was as usual on the need to protect individual threatened species. So far so good, but a scientist who shall out of courtesy remain nameless suggested on air that if we were to extend protection to all living species, we would be obliged to extend it to all extinct species as well, which is clearly impractical. This is either an intentional straw man or an expression of incredible naivety. Either way, I stand up and challenge it as clamorously as I can, as it is patently absurd and conducive to failure. Let's draw a parallel. Suppose a mugger decides to reform. He is not as a consequence of this decision obliged to 'unmug' or compensate everyone who has ever been mugged by anyone in the past: only to stop mugging people himself. Similarly, a decision to stop mugging members of natural ecosystems does not require the restitution of all species back to the start of the Pleistocene. It merely requires avoidance or cessation of actions that drive species to extinction from the date of the decision onward.


Although it has rarely been voiced so explicitly, the implication of this scientist's argument - that we should exclusively (or even primarily) expend our efforts and resources on salvaging the fragile remnants of species we have driven to the brink of extinction rather than aiming to prevent species reaching that brink in the first place by preserving wider ecosystems - is born of profound ignorance of the interconnectedness of the mesh of life on which all of us ultimately rely for our survival. Nevertheless it's a position widely held by environmentalists, and even by some ecologists (who should know better as their professed discipline supposedly investigates that interconnectedness).


The point that's been missed is that individual species do not - and indeed mostly cannot - survive naturally in isolation, which is why I referred above to 'members of natural ecosystems'. The mesh of interactions is vast and complex, and tampering with it even on a small scale can have quite surprising effects. For example, a recent paper1 by Sanders and van Veen shows that elimination of a predator can affect the survival of another predator across a separation of four trophic links: that is, where they target different prey species but both prey species feed on a common resource. The authors cautiously suggest that this simple example may have implications on larger scales. Long practical experience and observation convince me that in many cases it most certainly does. 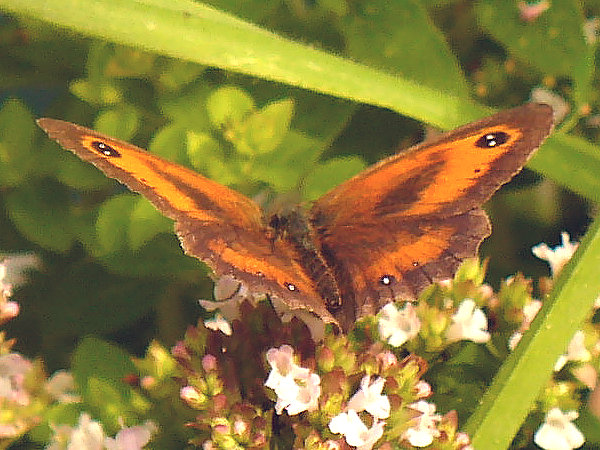 Other examples of complex mutualisms and interactions abound, and the scale and nature of the outcome is hardly ever a predictable linear function of any one contributory factor. The Portuguese man of war 'jellyfish' is not an animal, but a colony of symbiotes that cannot survive individually in isolation. The cells in our own bodies rely for their survival on mitochondria - originally invaders, possessing their own discrete DNA - with which a symbiotic relationship was negotiated in the distant past. Now it's obligate: kill the mitochondria and the cells die. Research at the University of Colorado2 suggests that anthropogenic noise can modify the botanical composition of woodlands by affecting the behaviour of birds that preferentially distribute the seeds of particular tree species. Studies from around the world show consistent changes in bird song in the presence of such noise that can result in speciation or extinction due to failure to recognise potential mates.


Because of the complexity of the (quite probably multiple concurrent) webs of interactions, 'nature reserves' are unlikely to be effective in the long term - even if they are on a scale that approaches the size of continents - unless we stop considering everything except the rare or scientifically 'interesting' as fair game for exploitation or destruction elsewhere. The 'ecosystem' doesn't stop at the boundary fence of a 'wildlife sanctuary'. We must abandon the prevalent narrow emphasis on 'species of conservation concern' and start considering the wider assemblage of ecosystems as the organism - an organism of which we are not the masters but merely a part (albeit in some ways a powerful part).


This is not a call to abandon protection of the rare, but a call to start treating both the rare and the commonplace with equal respect in order to prevent further expansion of the catalogue of the rare. Nor is it romanticism: it's intense practicality. If most of us continue to behave like locusts or the Drosophila in a biology student's test-tube and a few of us merely concentrate on 'fire fighting' individual extinctions, we ourselves will both become extinct sooner than we might and have a much more uncomfortable journey towards our (inevitable) extinction. Locusts and Drosophila behave that way because they are mindless automata that can behave in no other. Humans are (theoretically at any rate) capable of adapting their behaviour to the reality of circumstances. So maybe it's time we started to, and not merely by the exercise of ever more technical cunning to sidestep problems we continue to create. It's a childish fantasy that we can technologise ourselves out of any corner we paint ourselves into - particularly in relation to the web of life. Countless examples of unintended adverse consequences should by now have disabused us of this fantasy. In the words of Richard Feynman "nature cannot be fooled".