A Brief History of Noise

Edicts against urban noise date back to at least the Roman Empire, when chariots were banned from driving through the town centre at night. But rural noise has only been really significant for just over a hundred years, and in the last fifty or so years its nature has changed drastically. 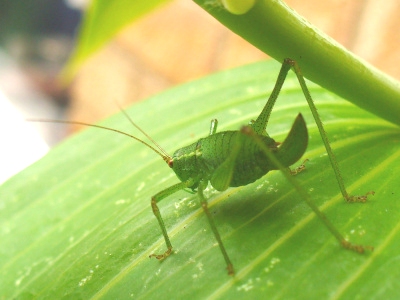 In 1778 that indefatigable English naturalist Gilbert White described the summer stridulation of field crickets at Selborne, Hampshire, as making 'the hills echo'.1 This was no romantic hyperbole. White - very much a pragmatist - was merely recounting an observation. But it was an observation made possible by the quietness of White's surroundings. Outside the towns, the sources of continuous anthropogenic background noise were very localised - essentially the sounds of the mill and the forge.

Otherwise, rural background noise mostly consisted of intermittent sounds such as occasional passing carts and coaches, the movement of cattle, sheep and horses, and the jangle of harness. Most of the time in most places the background was essentially silent except for the sounds of the wild.


Written a century after White commented on his crickets, Thomas Hardy's novel 'Under the Greenwood Tree' 2 begins 'To dwellers in a wood almost every species of tree has its voice as well as its feature. At the passing of the breeze the fir-trees sob and moan no less distinctly than they rock; the holly whistles as it battles itself; the ash hisses amid its quiverings; the beech rustles while its flat boughs rise and fall.' Hardy's readers would probably not have been unduly surprised by this when it was published in 1872. Although to the background noise of White's experience had by the 1870s been added the sounds of steam engines and machinery on the railways and farms, outside the industrial towns their noise remained intermittent and relatively localised.


But just a generation later - and within Hardy's lifetime - the internal combustion engine and the aeroplane were about to change the game for good. Nobel laureate bacteriologist Robert Koch is widely quoted as saying in 1910, albeit probably of an urban environment, 'The day will come when man will have to fight noise as inexorably as cholera and the plague'. In the same decade, Alfred Williams noted in his classic work 'Life in a Railway Factory' 3 that the shift whistle at the GWR works in Swindon could be heard up to twenty miles away and the 24-hour operation of steam hammers made the ground vibrate some distance from the works.


In the face of such intrusive noise, perceptions as those of White and Hardy had already become the province of rare individuals. In the fourth of his 1919 Royal Institution Christmas Lectures entitled 'The World of Sound',4 Sir William Bragg mentioned a Mr. Wilkinson of Leeds, who 'can interpret differences in the sounds of nature which the ordinary person scarcely notices'.


John Grimshaw Wilkinson, 'familiarly known as the blind botanist', was born in 1855 and lost his sight at the age of twenty, just after Hardy's novel was published. Even in his sixties Wilkinson could apparently identify tree species by the different sounds of their leaves in the wind, but by then he was considered to possess an exceptional talent in a culture increasingly inured to perception-swamping noise. By the mid-1930s, E.M. Nicholson 5 would write that even before dawn his bird song recording sessions with Ludwig Koch were occasionally interrupted by a passing car or aeroplane, and that by eight in the morning on Chobham Common, Surrey '...the traffic became too much for us', adding 'Until one has listened objectively to all these sounds coming through the loud-speaker, in what counts still as a peaceful retreat from the bustle of London, it is hard to realise what a noise-ridden world we have managed to make for ourselves...'. Nevertheless, disruptive as it may have been to their recording activities, such noise was still neither ubiquitous nor continuous.


Since the early 1970s, a mere century after Hardy wrote 'Under the Greenwood Tree', the massive expansion of air travel and the road network has exposed us to effectively continuous low volume, low pitch background noise which White, Hardy and Wilkinson did not have to contend with.


Most of us have become acclimatised to this ubiquitous noise and have largely ceased to notice its presence. It hasn't until recently been considered a significant component of 'noise pollution' - indeed the legally mandated frequency response of noise meters (the so-called 'A weighting') de-emphasises the low frequency signals that predominate in this kind of background noise.


It is, however, at last beginning to be recognised as significant. Researchers at the University of Colorado, Boulder, have found that background noise from natural gas extraction compressors causes changes in the diversity and nesting habits of bird communities in adjacent woodland, with possible repercussions on woodland ecologies as a whole. Experiments at Aberystwyth University have recently shown that the song of the Great Tit (Parus major) is louder and higher in overall pitch for birds reared in the presence of urban background noise than for those reared in quieter surroundings - differences that may inhibit interbreeding between urban and rural populations.


Formal experimentation with humans is difficult, so we don't yet have much hard scientific data on the effects of continuous low level background noise on our own perceptual capacities. But from empirical observation I conclude that long-term exposure to such noise at much lower levels than those currently considered harmful can adversely affect perception, or indeed inhibit its proper development. Via various mechanisms it limits our capacity to tune in to the subtle complexities of the natural environment within which the human mind evolved, resulting in an impoverished perceptual set that prevents us fully responding to the world around us.


What does this low-level noise sound like? This was recorded on the edge of farmland near Hemel Hempstead, on a midweek morning in March at 8 am. 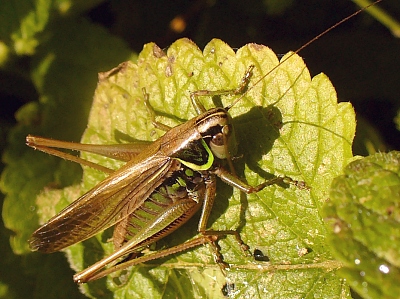 That's mainly traffic noise from the A41 some 3 miles away. Considering that most of us are normally oblivious of such noise and White's Selborne lies a few miles north of the A3 trunk road that now carries non-stop traffic between London and Portsmouth, do you think we could hear those crickets today? Some commentators suggest not - veteran American sound recordist and anti-noise activist Gordon Hempton has lamented there are only a dozen or so places left on the planet that are completely free of human-generated noise for more than fifteen minutes at a time. That may be so, but I still don't think all is lost. Although we can't turn the clock back and eliminate the noise, we can learn to adapt our perceptual capacities to accommodate its presence. So my answer is - maybe we can hear those crickets, if we learn to listen.


condensed and adapted from part one of my lecture "The Subtle Sounds of Nature" - The Institute for Cultural Research, June 2010.